Core Notes is a helpdesk software used by customer support agents and managers at AO for note-taking and recording communications with clients. It consolidates AO’s customer queries from multiple channels into a centrally shared resource.

AO, formerly known as Appliances Online, is an online-only retailer operating in the UK, Germany and the Netherlands. It specialises in household appliances and consumer electronics.

Customers communicate with AO over a range of different channels. This includes email, live chat, SMS, phone calls and social media. Customers expect a seamless experience across these channels, and they want a quick response. When customers call AO, agents already know who they are and why they are calling, because they have access to their history. Reading through this history takes time, and this is where the company saw room for improvement.

The business objective was to increase the speed of note-taking, saving time and cutting the cost of customer support. If there was a way to access queries or order details via Core Notes quicker, customer support would be easier and response time much faster.

To comply with a non-disclosure agreement, I have omitted any confidential information. The information provided in this case study is my own and doesn’t necessarily reflect the views of AO. 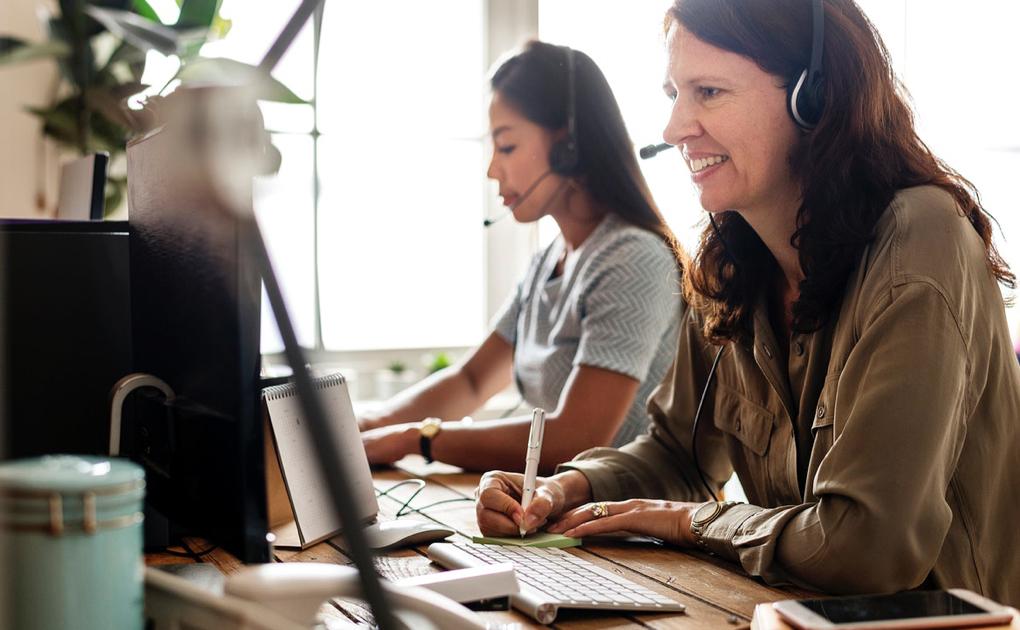 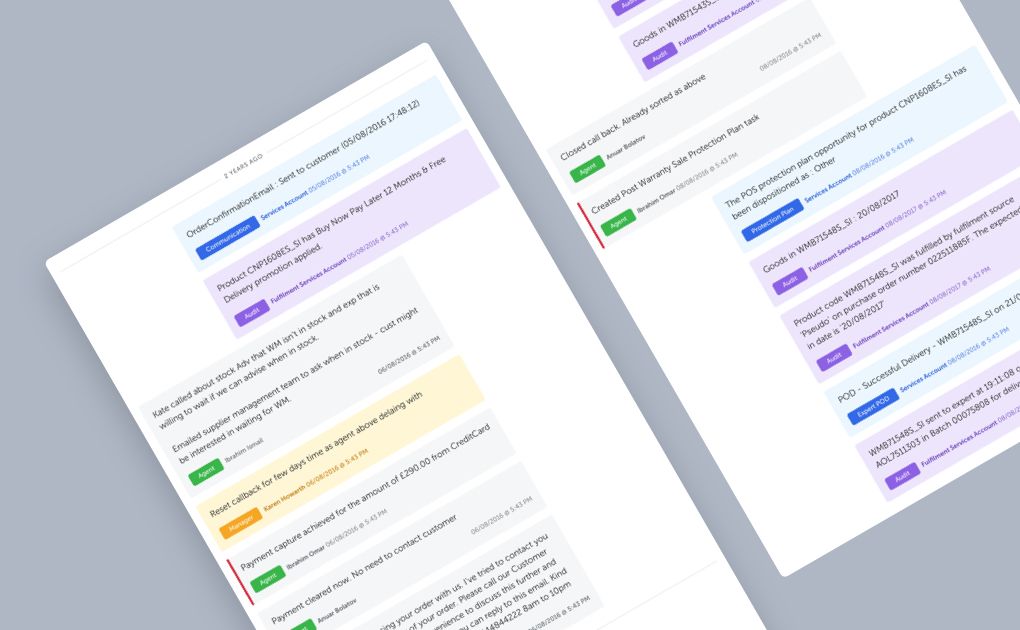 The task was to improve a Core Notes feature of AO’s customer service system. To meet the business needs, I partnered with a Optimisation Manager, Software Developer and Team Lead.

My role was to conduct research, gather insights and share them with the team. I also facilitated ideation and design workshops, created testable prototypes and performed user testing based on my findings. 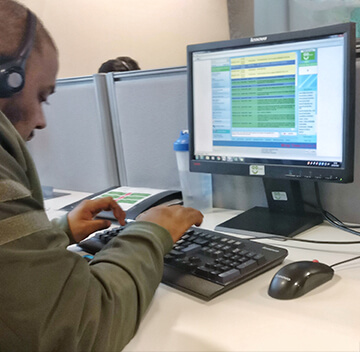 After understanding the business objectives and requirements, I conducted field research using the contextual inquiry method. I interviewed customer support agents and managers - observing how they performed their routine tasks in their own environment. I examined their user experience, listened to customer phone calls and  timed how long it was taking for an agent to find the notes they needed from the customer’s history. I found out that on average it was taking 60 seconds to find the serial number of a product – a vital bit of information needed when an agent contacts a manufacturer on behalf of the customer.

I invited my colleague to help me interview users and make notes. During the interview, the agents provided us with valuable information and some great ideas on how to improve the system.

Watch what users do, not what they say

Many agents pointed out that having an autocomplete feature that would predict what the user is typing could help them to work faster.

The idea of having an autocomplete feature was interesting, however, we’ve learned that in practice it wouldn’t make the process any quicker due to the jargon used by the agents. During our research, we found that agents often use technical acronyms and tend to shorten or combine words . They would even intentionally make spelling mistakes in order to write notes quicker. During the testing stage, we realised that adding an autocomplete feature would bring more frustration to the agents rather than solve the issue of slow note taking.

During my research, I realised that a note highlighting feature named 'Mark as important' was being misused by managers who wanted to prioritise their own customer cases. More notes than necessary were being marked as important, making the process of quickly visually identifying genuinely important notes difficult. To help agents and managers with this issue, we decided to change the default colour coding – we highlighted agents’ notes in green and managers’ notes in yellow.

I noticed that the PC monitors the agents use have a 19:6 display aspect ratio. However, the UI has been designed for 4:3 aspect ratio screens, presenting the agent with a few issues. The user could see two white bars placed on the sides of the screen, also called 'pillowboxing'. Also, a horizontal scrollbar would appear when the user is looking at communication history. Part of the notes were hidden, and users had to scroll horizontally to see the full message. This issue caused a delay in response time. By simply adjusting the display aspect ratio of the agents’ screens, timings were significantly improved.

All notes displayed in chronological order from oldest to newest, but because notes stacked on top of each other, the user had to scroll up and down to understand which note was written by another agent.

We had an idea to add a search box into the system, allowing users to find notes quickly. We also thought that adding filters might help to narrow down the search process. During observation and usability testing, we realised that it was highly difficult for an agent to perform the task asynchronously during the call, as agents are required to respond instantly and they also make notes during a conversation with a customer using notepad and tablets. It can be tricky to an agent to search for something, make notes and speak simultaneously. The prototypes that had a search box and filters received negative feedback and error rate was much higher compared to the versions without these features.

The redesigned version of Core Notes has had a positive impact on the experience of note taking and finding historical notes. The error rate differentiating notes written by humans from system-generated notes decreased by 38%. The time it took to find a fraud notification decreased from 60 seconds to just 5 seconds. It was calculated that the company would save around £240k per year on the cost of customer support thanks to these improvements.

No project goes by the book, and I faced many challenges and learned many lessons on this one. It was an excellent opportunity for me to improve upon my workshop facilitation and research gathering.

During the initial observation stage, we noticed that some customers wanted to send over an image or video of a damaged product to the customer support team. Currently, the customer has to send an email with an attachment, but it’d be great if it could be done in real time while speaking with an agent. This would help reduce the time agents spend waiting for an email, checking inbound messages and downloading a media file and then replying to the customer. There is always a path to learn and improve the quality of the product.

*For confidentiality reasons, I have omitted the actual metrics. 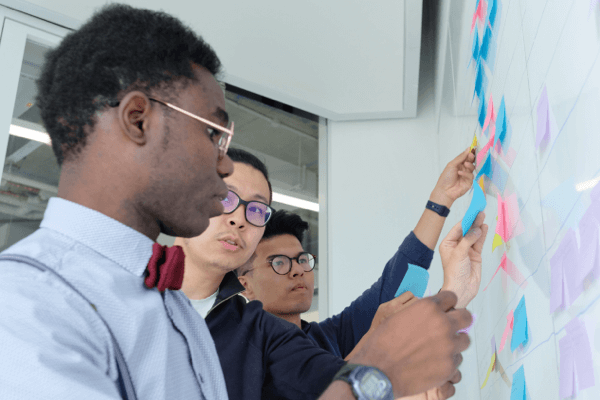